Chaos at the Border 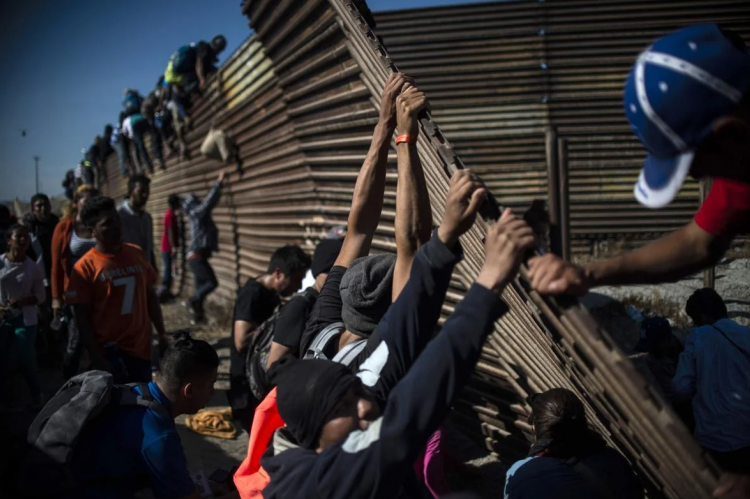 This week, Secretary Mayorkas finally appeared before the full House Judiciary Committee – some 15 months after President Biden was sworn in. Mr. Mayorkas was supposed to provide us with long-overdue answers to serious questions about the Biden administration’s role in triggering the unprecedented crisis on our southern border, and their continued refusal to enforce our immigration laws.

Astoundingly, Secretary Mayorkas defended his record of complete failure on the border as “effective” – despite the fact that the Department of Homeland Security encountered more than 220,000 illegal aliens just last month. Even worse, the number has exceeded more than 150,000 every single month since February 2020 – the longest sustained influx ever.

The situation has become so chaotic on the U.S.-Mexico border that America is on pace to see some 6 million illegal migrants cross into our country in the next 12 months alone – on top of the record 2 million we saw last year.

And that’s not all.

Secretary Mayorkas also talked up the Biden administration’s handling of the botched evacuation in the wake of Afghanistan’s collapse, claiming that every Afghan evacuee was “fully vetted” before coming to the U.S. But that’s simply not true. Numerous news reports have revealed cases of Afghans with serious criminal records – and even prior deportations – making it to the United States on flights out of Kabul.

This is shocking, but not surprising.

Last year, in the midst of the chaos, CNN quoted a Customs and Border Protection official who admitted that the Biden policy was to “get as many people on the plane as you can, and we'll sort out the [immigration visa] stuff later.” This was confirmed by a recent Department of Defense Inspector General report, which concluded that “dozens of people with ‘significant security concerns’ reached the U.S.,” and that “officials had no idea where most of them were.” Other reports have revealed instances of Afghans simply walking off of base compounds before “completing the resettlement process.” I can confirm this as true, as I visited Ft. McCoy several times and was briefed by officials about this troubling trend.

We’ve also seen instances of criminal activity perpetrated by evacuees – most of whom were admitted outside of the normal immigration process, without a visa, through an obscure administrative authority known as “parole.” The list includes alleged cases of domestic violence, rape, weapons offenses, and even the sexual assault of children.

I told you last week that President Biden isn’t trying to secure our southern border, he’s intentionally erasing it. Secretary Mayorkas’ testimony this week made that even clearer. It’s time for new leadership at the Department of Homeland Security. Americans deserve better.

America was shocked when we took in the Mariel Boatlift Cubans.

That was a very naïve move for Jimmy Carter, but he was sincere. This mess we have now with Mexico and open borders is among the biggest disaster in American history. And it is spiteful and a monumental burden for law enforcement, our citizens and our next generation.

America has or had a reasonable immigration policy, now we have chaos.