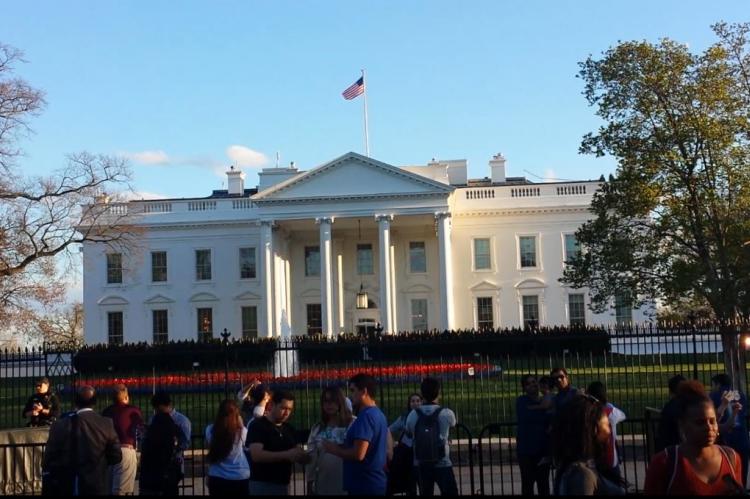 As I watched the news this week and monitored the coverage of the legal abuses that Biden’s administration is committing my knee-jerk reaction is that, when Republicans are back in power, we should treat Democrats exactly the same way that they are treating us now.

The sinner in my heart wants revenge. It wants Republican attorneys general in all the states to mimic the behavior of Democrats and issue B.S. charges and SWAT all the Democrats to see how they like being humiliated on a regular basis as they are cuffed, shackled, and hauled off to a court hearing. Like the 1980’s strategy of Mutually Assured Destruction (MAD) where every nuke fired at us would trigger us to fire 2 at them, the sinner in my heart wants to make Democrats pay for their brazen bully tactics.

Then the saint in my heart realizes that revenge, no matter how justifiable, is wrong and my history education kicks in with memories of studying the differences between the French Revolution and American Revolution. In the French Revolution they did give into their sinful nature and there were revenge killings for many years as political opponents were taken to the guillotine and executed. Here in America after our revolution, we forgave our fellow citizens for siding with the British and moved on to work together and build a remarkable nation.

Taking all these into consideration and understanding the importance of preventing these types of abuses in the future, I propose the following. Let’s call it

SITUATION: There are elements within the federal government who are committing gross violations of their oaths of office when they swore to uphold the Constitution of the United States. They are violating the civil liberties of citizens and using distortions of the rule of law to destroy the rule of law and minimize our Constitutional Liberties.

MISSION: The mission of Operation Restore Liberty is to restore the people’s faith in the rule of law and increase respect for the civil liberties outlined within the Constitution of the United States.

EXECUTION: There are several fronts to this conflict that must be addressed. Here are the two that come to mind immediately:

1) In the United States Congress there is a cabal of Stalinist Democrats who are systemically abusing their authority to hold investigations and violating their oaths to uphold the Constitution of the United States. Those who are committing these abuses should be investigated and, if found guilty, expelled from their seats in Congress so the people can choose more wisely and replace them. In addition, within Congress’ authority to act as a check and balance on the judicial branch of government, investigations of abuse performed by federal judges should be performed and lead to impeachments of those judges who are found to be guilty of violating their oath to uphold the Constitution of the United States. Finally, the Congress, in its role as oversight of the federal bureaucracy, should investigate the abuses caused by leaders of the various agencies especially those in the Department of Justice and fire those who have violated their oath to uphold the Constitution of the United States. Furthermore, the Congress should defund those departments and possibly disband them under their authority to allocate funds.

2) Democrats are using Stalinist tactics within our states and communities to isolate, attack, and punish Republicans simply for being Republicans. For example, they file trumped up charges against us and we go bankrupt paying the legal fees and missing work to defend ourselves. The best way to combat this is to automatically counter sue every Stalinist Democrat who uses this tactic. Perhaps there is a legal team who could offer a template for us to use that would outline such things as a) abuse of the legal system b) miscarriage of justice c) defamation d) abusing taxpayer resources. I’m not sure of the legal terminology but the idea is that we automatically file counter suits for every B.S. suit they file against us and make them pay multi-million-dollar settlements for abusing the system.

In conclusion, the bullies in the Democrat Party are trying to push us around, intimidate us, and force us to surrender. Perhaps they should go back and study American history again because it is not in our nature to surrender to bullies. We stand up to them but let’s do it in a way that aligns with the saint portion of our hearts. Done properly, we can restore our liberty from the tyrants who are shredding it.

Forgiveness has to be earned.

I will condense my perspective on this great article, to save time and space. When I look at the vicious relentless attacks on American values, and our constitutional supporting people and elected officials, I get angry. I am learning that the selfish evil people who are destroying my grandchildren's future, are succeeding, and it is because we let them do it and get away with it. We call it political correctness, to allow them to lie, cheat and steal, they slap us in the face, and we keep taking it. It has to stop, but will not unless we take a stand. We have a mess in America because the bold and obnoxious do what they want and we continue to forgive their deceitful ways. If they want my forgiveness, they have to want it and be sincere.