Get The Facts: Oshkosh 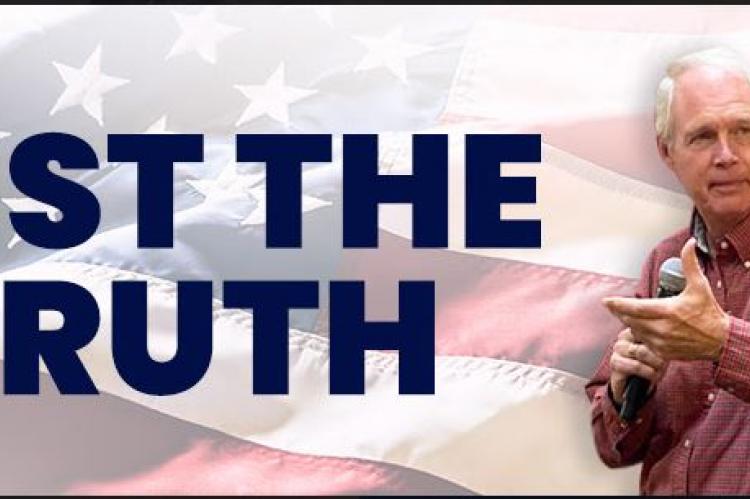 I truly hope you don’t believe what you hear about me in the mainstream media, and certainly not in Democrat attack ads and billboards. As conservatives, we are battling the combined power of Democrats and their allies in the legacy media and Big Tech social media.

In order to counter their lies, distortions, and smears, I will be providing detailed facts to cut through the political rhetoric and arm people with real information.

I hope you not only read it, but also share it with family and friends. Our nation is in peril because of the dishonesty and political agenda of the radical left. Our primary weapon must be the truth.

In this first installment of Just the Truth, I describe a classic example of how the Democrat party and mainstream media collude. Recently, Wisconsin Public Radio, the Biden Administration, and the United Auto Workers (UAW) union teamed up to provide material for another false attack against me. Here’s the truth:

Since 2015, Oshkosh Corporation has been working to win a contract to provide up to 165,000 delivery vehicles to the United States Postal Service. Because they do not currently have the production capability or capacity to produce the vehicles, they knew they would have to build that capacity if they won the contract. The UAW was well aware of this reality, as they were in constant communication with the company throughout the bidding process.

Oshkosh won the contract in 2021, but in order to meet the delivery requirements they had to find an existing facility that could be outfitted with the necessary production line and equipment - they didn’t have time to site, get permits, and construct a new building. They couldn’t find a suitable existing building in Wisconsin, but found one in South Carolina.

These are new jobs. Producing these vehicles in South Carolina does NOT ship jobs out of Wisconsin to South Carolina. In fact, the engineering and much of the management of the contract will be done in Wisconsin. As much as I would like to have seen and supported these jobs being created in Wisconsin, it simply wasn’t possible. I accept that reality, because I also believe it’s important for elected officials to be good stewards of taxpayer’s hard earned tax dollars. It is not the responsibility of a U.S. Senator to micromanage a private business.

The Wall Street Journal supports my position on this issue stating, “He deserves a taxpayer commendation,” and “He’s right on every point.”

Had Oshkosh not been able to find a suitable existing building, it’s very possible they would have lost the contract to an out-of-state competitor. In that case, Wisconsin would not have had the engineering and management jobs, and Oshkosh Corporation and the UAW would have missed out on the added financial stability that a profitable contract will provide.

Of course, this is NOT how the mainstream media reported this story. Their headlines were all completely false. They reported that I had turned my back on Wisconsin and its workers.


Nothing could be further from the truth.

If anyone has turned their back on Wisconsin workers it’s the Democrat party and their allies in the media. President Biden has asked the EPA to possibly cancel the contract due to environmental concerns (not enough electric vehicles in the mix). Canceling the contract would ensure no jobs or benefits would be realized in Wisconsin.

Remember one of the first executive orders coming from President Biden and Democratic governance was the cancelation of the Keystone XL pipeline. That cost Wisconsin based Michels company approximately 2,000 union jobs.

Did you hear Democrats like Senator Baldwin fight to keep those jobs? What about the media? Of course not. They are total hypocrites.

When you can't win by the facts, win by distorting the facts!

Modern politics has no honor when you can't beat your opponent by your character, you just work from the gutter and distort everything you can. We must not allow the scum and their minions to throw mud and get away with it.

It is no wonder that congress has a 14 percent approval rating, when despicable people can win by deception. Ron Johnson is one of the finest quality people to have ever represented Wisconsin, keep fighting for him!

I knew that had to be reason.